The City of Atascadero is a community located halfway between Los Angeles and San Francisco on Highway 101, about 225 miles from each city. Atascadero is situated within an oak forest off Highway 101 twenty miles north of San Luis Obispo and 10 miles south of Paso Robles. Nearby CA Highways 41 and 46 provide easy access to the Pacific Coast and the Central Valley of California.

ATASCADERO (ah-task-a-dare-oh) a Spanish name which, loosely translated means "a place of much water," was originally home to the Salinas Indians. In the half century between 1769 and 1823 the Spanish Franciscans established 21 missions along the California coast, including the nearby Mission's San Miguel Archangel, and San Luis Obispo de Tolosa. In 1821, Mexico won its independence from Spain, and California became a Mexican province.

Atascadero was incorporated in 1979. Today, with nearly 28,000 residents, Atascadero is the third-largest city in San Luis Obispo County. Many of the very principles that E.G. Lewis envisioned for his "utopian city" are ensured through the city's general plan, which includes preservation of open space, protection of trees and hillsides, the keeping of domestic animals, and large lot sizes. It was Mr. Lewis who first had the vision in which he foresaw the future of Atascadero as a creative, rural community.

The City offers many recreational possibilities such as our Downtown and Sunken Gardens area, golf, scenic roads and trails, shopping, restaurants, and the Atascadero Lake Park and Zoo facilities. Accommodations are available to include numerous Motels, Bed and Breakfast Inns, and the recently opened Carlton Hotel described by the editors of the Tribune as the "jewel" of the Central Coast.

You can save searches, and get daily email alerts of new listings, price changes, sold data, and market reports. Our Interactive Map Search allows you to view properties on a map or refine your search by drawing the boundaries around the area you desire.

Considering selling or refinancing your home? Get an INSTANT property valuation now!

Contact us today to find out how we can be of assistance to you!

Lovely home in coveted Dove Creek! Classic architecture, ideal location and many upgrades including OWNED SOLAR. Unique stone feature wall with fireplace greet you as you...

Enjoy this stunning Spanish Colonial inspired one-level duplex. A covered arched porch welcomes you as you enter this charming home that has been tastefully updated. The...

This Chalk Mountain Residence is beautifully udated and maintained by its original owner. Located at the end of a cul-de-sac, this 4 bed. 3 1/2 bath unit offers wood flo...

This home is located in the highly desirable "Dove Creek" community located in south Atascadero. It is only approx. 15 minutes to San Luis Obispo. The home features a bri...

Stunning commercial property on the west side of Atascadero! This 1600+/- sqft free standing building was built in 2005. The building is part of the desirable Creekside B...

Welcome home to 5185 Mercedes!!! This is a first time homebuyers dream! A 3/2 on a large lot with RV/boat parking and a substantial backyard. It would also make a great i...

Greetings from your new home! This bright and cheery three bedroom, two bath house exudes pride of ownership. It is centrally positioned in Atascadero, with easy access...

Corner Lot in Downtown Atascadero For Sale. 6,500 SF of Land on the corner of Traffic Way and El Camino Real. Right across the street from the Carlton Hotel and Colony Ma...

Light, bright and open floor plan manufactured home where you own the land (no space rent). Home feels like new with lots of cosmetic upgrades - painted inside and out, n...

WELCOME to 5220 San Anselmo Road!!! Pull up to beautiful curb appeal with mature landscaping and lawn, then step inside to your spacious and renovated beautiful home!!! A...

Set back from Portola, on 1.45 acres is your timeless colony home in the heart of Atascadero. The home has 2 separate areas split by an upper and lower living space. Th...

The true investors dream with an immaculate location! A superior frontage lot on the frequently traveled HWY 41! This private yet accessible home/lot is 16,920 sq ft sits...

Are you tired of renting and looking to stake your claim? Look no further! This quaint, fixer-upper features 856 SF, 2 bedrooms and a full bathroom on a 4,000 SF corner l...

Top of the mountain views to enjoy the sunrise and wildlife in this custom-built Westside home that shows pride of ownership. Two bedrooms with an oversized upstairs fami...

Exciting opportunity to own a completely remodeled home in Atascadero! This 3 bedroom, 3 bath home has been completely gutted to the studs and is undergoing a stunning tr...

Country estate on four acres in a very private setting surrounded by oak trees. Walk through the front door into a formal living room and dining room. The master suite...

Dramatic 360 degree ocean and valley views are yours atop this fabulous Tuscan Style Villa and private guest studio located on 12 acres at one of the highest elevation ho...

Build your dream home on this scenic hillside lot in West Atascadero! This property is conveniently located near city hall, the local high school, and downtown Atascadero...

Based on information from California Regional Multiple Listing Service, Inc. as of . This information is for your personal, non-commercial use and may not be used for any purpose other than to identify prospective properties you may be interested in purchasing. Display of MLS data is usually deemed reliable but is NOT guaranteed accurate by the MLS. Buyers are responsible for verifying the accuracy of all information and should investigate the data themselves or retain appropriate professionals. Information from sources other than the Listing Agent may have been included in the MLS data. Unless otherwise specified in writing, Broker/Agent has not and will not verify any information obtained from other sources. The Broker/Agent providing the information contained herein may or may not have been the Listing and/or Selling Agent. 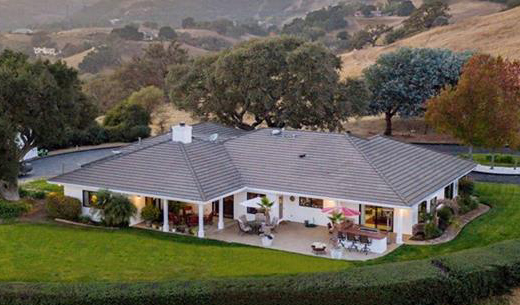